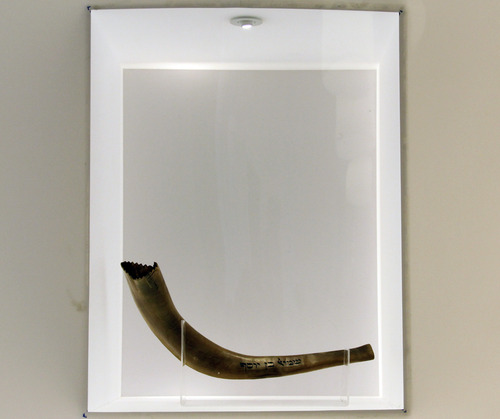 On the Jewish New Year, Rosh Hashanah, the prayer services climax with the blowing of the shofar, an ancient Jewish instrument. In the synagogue, congregations read the biblical narrative of the Binding of Isaac. According to the tradition, the first shofar was made out of the horn of the ram that appeared to Abraham as a sacrifice to replace Isaac on the altar. 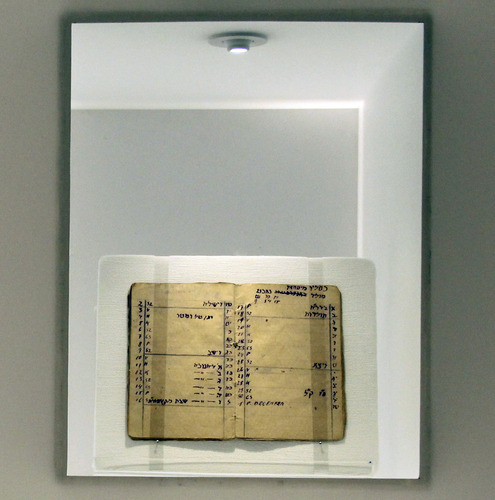 Following the Jewish timecycle and the order of Jewish festivals is an essential duty for Jews, even during the most difficult circumstances. The handwritten luach (Jewish calendar) written with ink-pencils was made in 1944 by a Jewish man doing forced labour. The calendar - read on Saturdays - also contains the name of the weekly Torah readings. 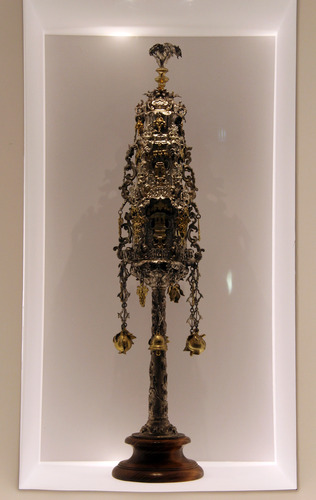 The era of the Jewish diaspora marks the time between the destruction of the ancient Jerusalem Temple (70 CE) and the ultimate rebuilding of the Temple some day in the future. The ornamentations of the 18th century Torah finials, which serve to decorate the Torah Scrolls (five books of Moses), depict the furnishing of the former Jerusalem Temple, thereby evoking the connection between past and future. 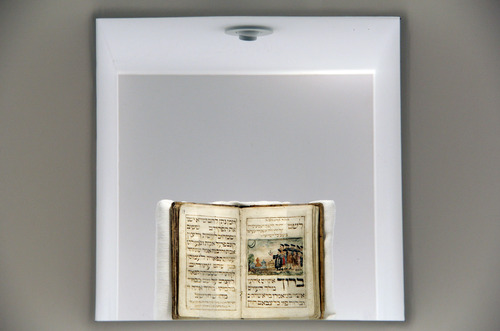 The Jewish months are so-called lunar months. Each new moon marks the start of a new month, greeted by a special set of prayers. In the tiny prayer book from 1739, we see, amongst other things, the scene of the blessing of the new moon (Kiddush Levanah). 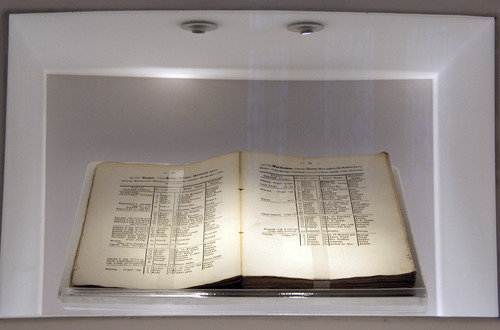 The Jewish calendar combines two types of systems by indicating both moon phase and time of the solar year. Therefore, it is called lunisolar calendar. The First Jewish Calendar and Yearbook published in 1848 does not only list the Jewish timetable, but also the contemporary Catholic and Protestant festivals, reflecting the the growing integration of Jewish citizens into society. 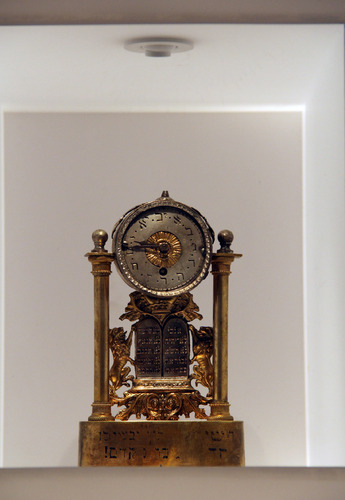 The inscription on the pedestal of the Mantel clock numbered with Hebrew letters quotes the verse from the Book of Lamentations 5:21. “Take us back, O Lord, to Yourself, And let us come back; Renew our days as of old.” 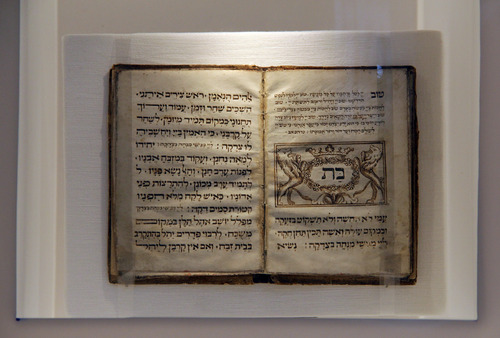 At the time of the Jerusalem Temple during the days of every new moon, sacrifices were offered as penitence for the sins of the previous month. The tradition lived on, but prayers came to replace these sacrifices. The handwritten prayer booklet made in 1767 for this holiday, called Yom Kippur Katan, contains the order of prayers and customs of the day.

The days are counted from evening to evening according to the Jewish calendar, so holidays always begin with the arrival of the evening stars. On the clock face of the 19th-century pocket watch, a crescent moon, five stars, and as astronomical signs connote this attention to the night sky.