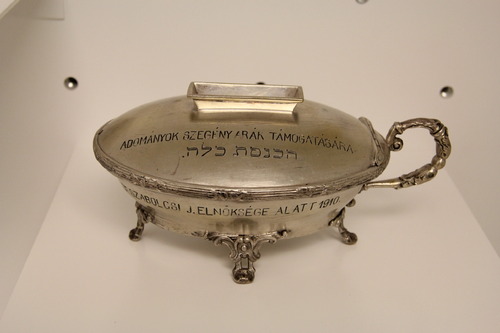 Alms container, 1910. One of the most important commandments is „"Be fruitful and multiply, and fill the earth, and subdue it.” This is why it is essential to help marriages to happen. Without a good financial and family background girls got married via Women’s Associations. Also they portiened the dowery that made the individual household possible. Annyone could contribute to the financial basis of the newly-wed family. The amount of donations was usually low, yet everyone contributed. The silver alms container of the Women’s Association of Buda was to help the poor girls to get married, according to its inscription. 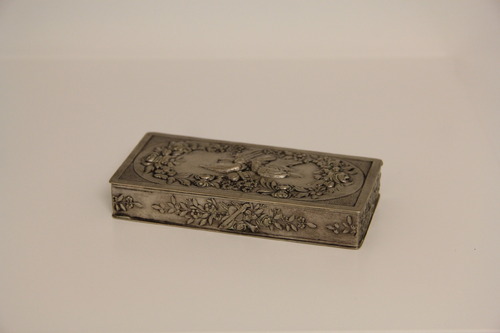 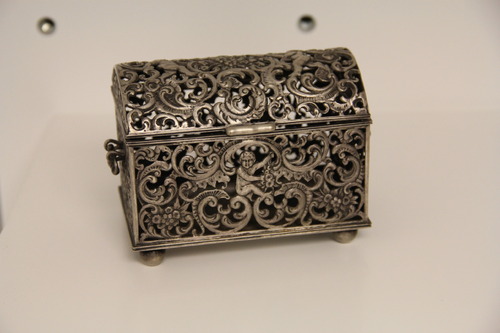 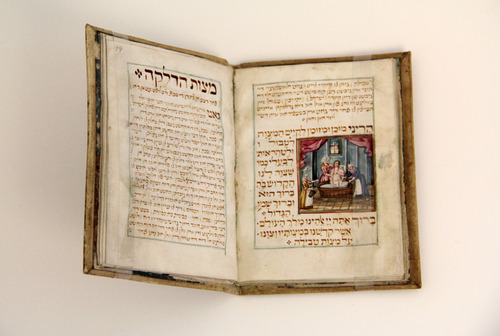 Wedding gift prayer book, 1750-51. According to the inscription of the dedicatory page opposite the front page, it was an engagement present of Koppel ben Yirmiya Broda to his bride, Gitl bat Zavel Leidersdorf in 1750/51. He commissioned Meshullam Ziml of Polna to copy and illustrate the book. Gitl’s family came originally from Kismarton, or Eisenstadt (today in Burgenland, Austria). At the beginning of the 18th century, the couple moved to Vienna. In 1758, her father received a privilege-letter from the Empress Maria Theresa. This little booklet, containing 27parchment pages with prayers for women, with 10 colorfully painted illustrations, depicts – among others - the three special commandments of women. According to Jewish tradition, there are three positive, time-bound commandments that are compulsory for women: separating and burning a piece of dough from the bread as a commemoration of the Temple in Jerusalem; the monthly cleansing in the ritual bath; and the lighting of Shabbat candles. According to the 18th century commentator, the Gaon of Vilna, the acronyms of the names of these three commandments we receive the word “charm” (Hannah: hallah, niddah, and hadlakat ha-ner, respectively). 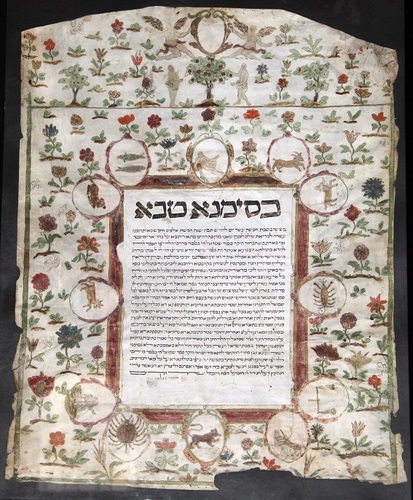 Ketubah, Rovigo, 1758. The condition of the Jewish wedding according to religious low is reading out loud the ketubah, cetrified by two witnesses. The text of the ketubah is intact since the time of the Talmud. Only the names of the couple in question, the names of the fathers and the date has to be revived. The ketubah can be freely decorated. The hayday of the decorated pergamen-ketubot dates back to the early modern Italia, among sefard Jews. Ont he exhibited ketubah we can see the signs of the the zodiac. While the zodiac, taken from antient, eastern beliefs, has been always used by the jews since the antient times, later the Misna (oral teaching) banned it. Still we can spot them on many objects. Int hat time they are the sign of assimilation. The order of the zodiac follow the order of Hebrew writing: from left to right. The upper part of the ketubah represent the Paradise, int he middle we can see Adam and Eve beside the tree of knowledge. 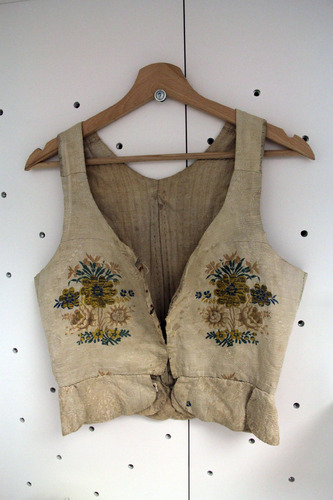 Bodice for the fiancé. A bodice that used to be worn by the Jewish fiancé. 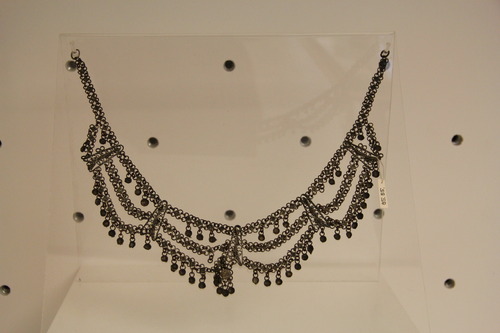 Necklace of the fiancé. A necklace that used to be worn by a Jewish fiancé. 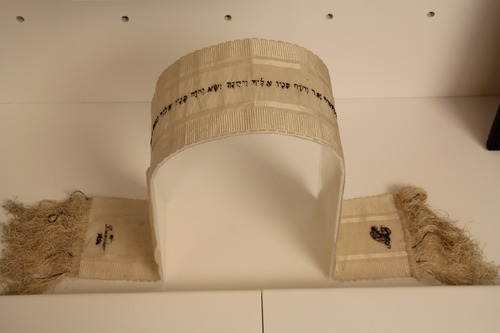 Frontlet for the fiancé. A frontlett hat used to worn by the Jewish fiancé. The blessing of the rabbi can be read on it. 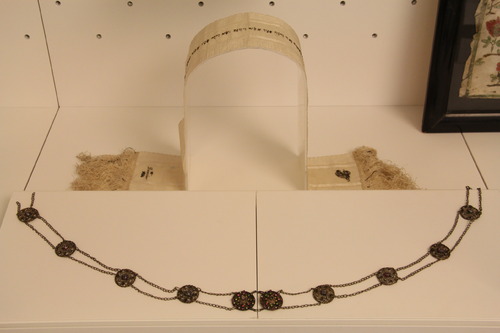 Cincher for the fiancé. A cincher that used to be worn by the Jewish fiancé. 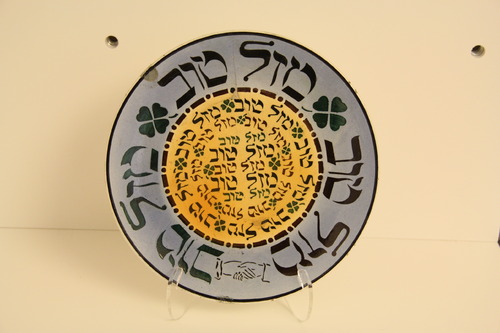 A plate for the wedding. A plate that used to be used at the Jewish wedding, portaying the inscription "Mazl tov" (good luck!). 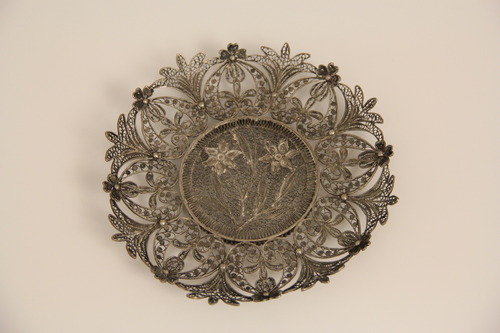 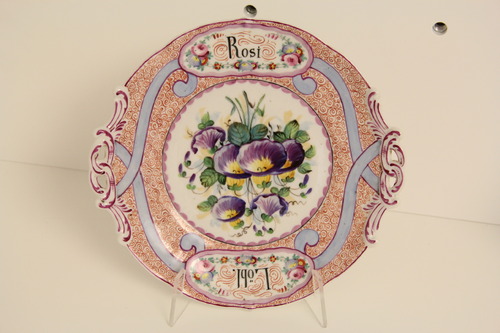 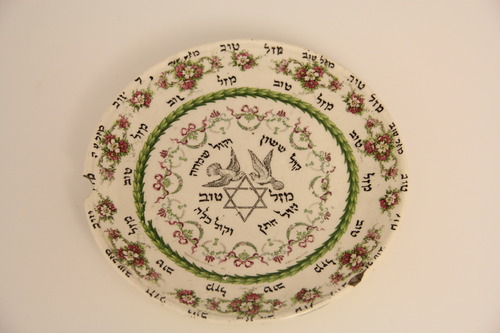 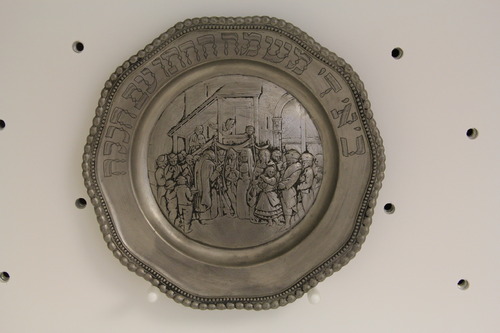 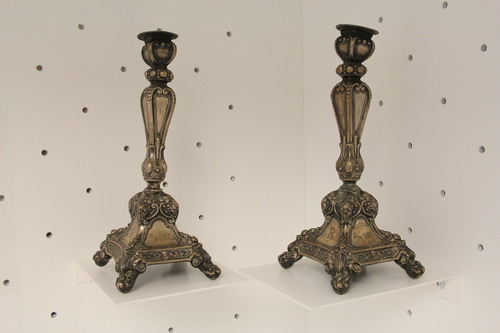