Commemorates the saving of the Jewish people from Haman, who was planning to kill all the Jews. This took place in the ancient Persian Empire. The story is recorded in the Biblical Book of Esther, read out twice during the holiday.

In the 5th century BCE, the Persian king Achashverosh married a Jewish girl, Esther, who did not reveal her identity. Haman, a high-ranking advisor in the king’s court got the king to issue a decree whereby all the Jews living in the empire must be annihilated. Esther asked his uncle, Mordechai, to help. The Persian Jews were saved and took revenge on their enemies. 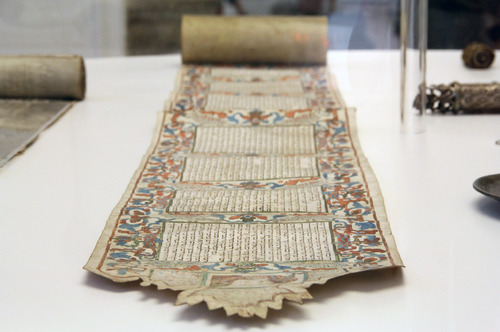 Megillah. Similarly to the Torah scroll, the story of the Book of Esther is read in the communities from a scroll, called Megillah. The material of the scroll is parchment, but it does not have to be written according to strict standards regarding size, lettering style, and layout as of the Torah scroll. Therefore artistic expression and decorative intentions found their way to embellish the Scroll of Esther. The hand painted and ornamented megillah probably originates from Italy, 18th century.

Megillah decorated with copper engraving. The Megillah designed to be used in the synagogue reading is made of parchment and hand written by the Torah scribe, the so called Sofer. Its decoration can be anything: on this 18th century Megillah the copper engraving that frame the text was printed on the parchment, but the text itself was written by hand, in the traditional manner. We can see on the edges traces of mice chew, which belongs to the history of the fate of this object. 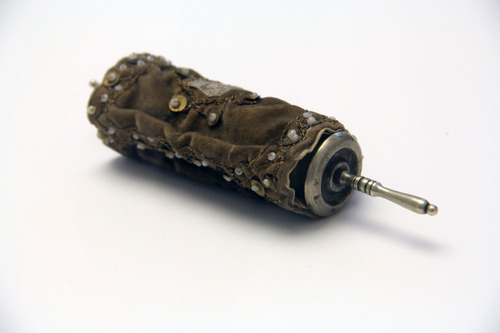 Megillah. The tiny megillah made in 1685, in Jerusalem is covered by an ornate velvet mantle. 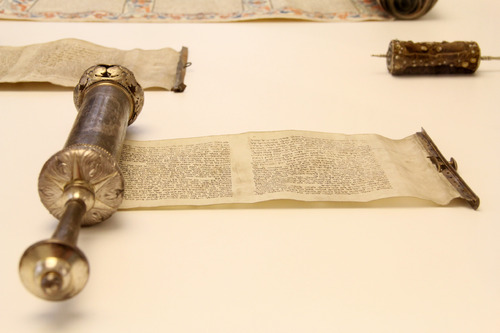 Megillah case and scroll. The scroll is only used once a year, so it is stored carefully to protect it from damages. The intention to protect scrolls created the shapes of the megillah cases, in which scrolls can be stored securely and respectfully. The parchment containing the text of Esther’s book is rolled inside the silver cylindrical body. The end of the scroll can be fixed to the shaft protruding from the cylindrical body, which allows the megillah to wind up. 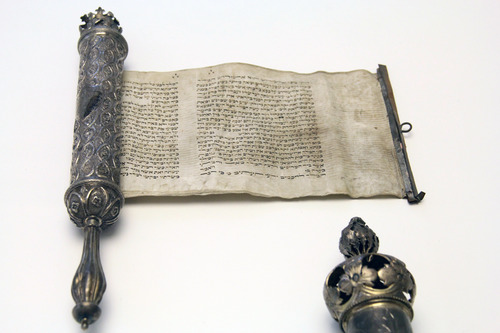 The protagonists of the Book of Esther are permanent actors symbolically of the entire Jewish history. There are an indefinite number of Hamans whose destructive activity, according to the morale of the Purim story, can be thwarted only by a joint effort of those who strictly observe the religious traditions ((Mordechai) and those who have integrated into the society (Esther). 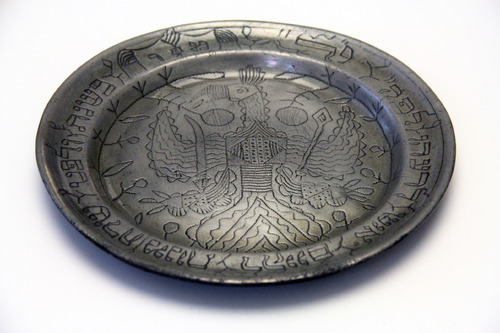 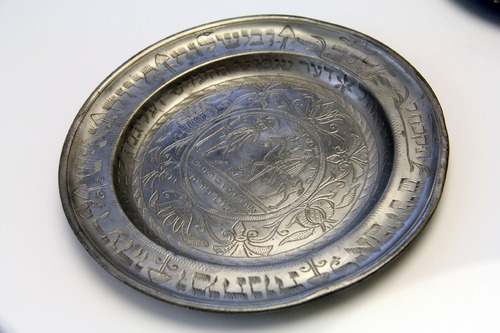 The Memory of Evil

The memory of those who aimed to wipe out the Jewish people is preserved not only in museums, but also in tradition. On the Shabbat preceding Purim we recall Amalek who attacked the Israelites leaving Egypt. We immortalize the name of Haman by sounding the rattles, and a scroll similar to the Megillah was written up on the Horthy era.  Related items were intentionally grouped together in this exhibition. 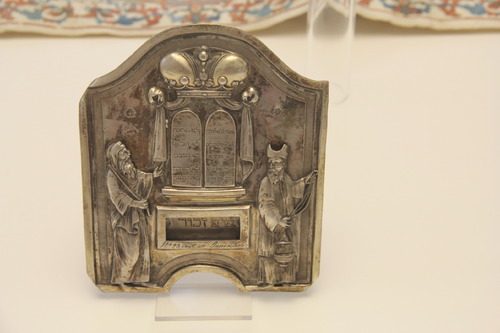 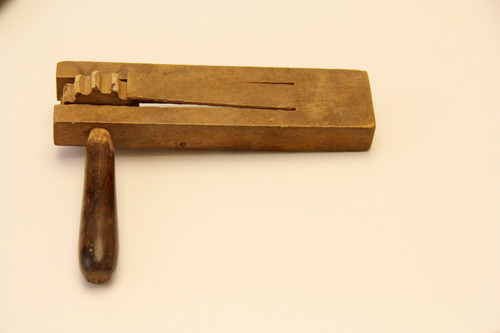 Noise maker. On Purim, during the reading of the Scroll of Esther in the synagogue, it is customary to rattle noisemakers or groggers, whenever the hated villain, Haman, is mentioned, just like Amalek, so their names be blot out. In addition to stamping of feet the traditional tool for making noise is the grogger. 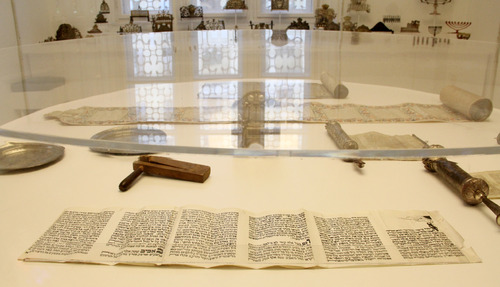 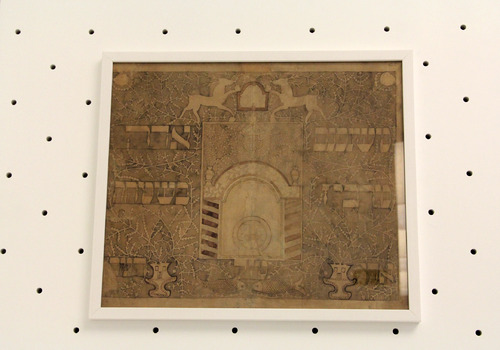