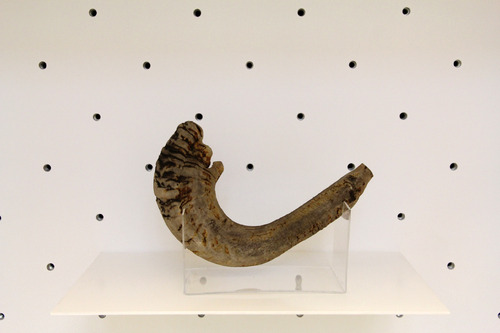 Shofar. The Jewish New Year (Rosh Hashana in Hebrew) is in the autumn, in September-October. According to tradition, it is the time of judgment, when the fate of each creation is decided. Rosh ha-shana is the time of repentance. The Torah portion read in the synagogue is the story of the binding of Isaac. The most significant part of synagogue service is the blowing of the shofar. The shofar is a musical instrument made of a ram’s horn. It is supposed to remind us that the first shofar was made out of that very ram’s horn which was sacrificed by Abraham instead of Isaac, after God saw the strength of his faith. 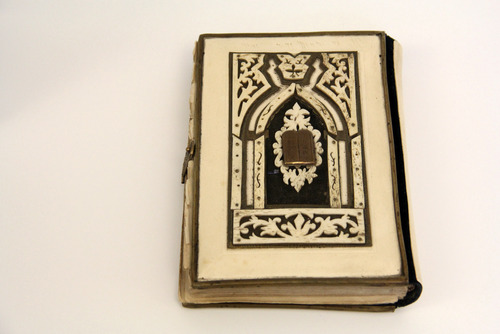 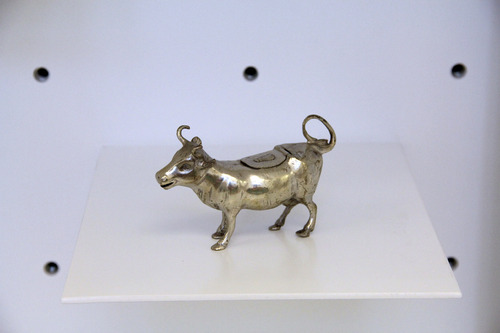 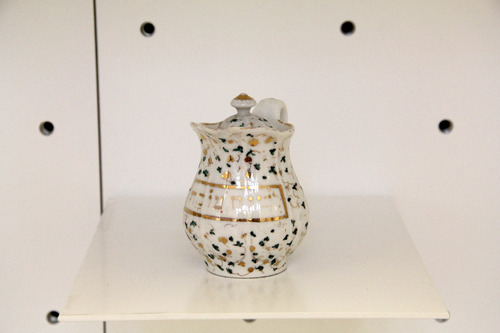 Honey pots for Rosh Hashanah. At the festive dinner of Rosh Hashanah, a round challah is eaten symbolizing the cyclical nature of the year, and are dipped in honey instead of salt to make the holiday and the new year sweet.

Postcards for the New Year. The first official postcard was made on the 1st of October, 1869 by the Austrian Post. Between 1870 and 1875 the novelty swept across Europe, and developed according to local distinctive features. European Jewish communities were characterized by this diversity and homogeneity at the same time, as the Jewish occasions for sending postcards were the same everywhere. The most important time of the year to write a postcard was Rosh Hashanah, the Jewish New Year. Along with eating the traditional beet dishes and round challah, sending postcards became a new family tradition related to New Year for the assimilated European Jewish communities. This is all the more understandable, when considering that almost every family had relatives living in another city, country, or even on another continent. 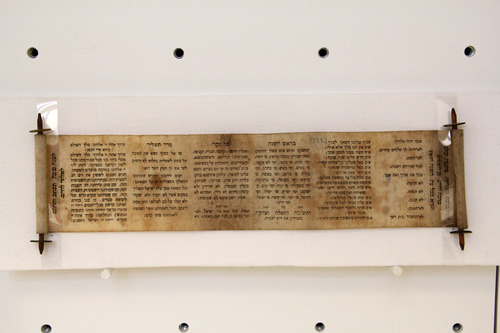 Jewish New Year Greeting Scroll. Texts related to Rosh Hashanah and good wishes are printed on the small parchment, which is rolled on two wooden shafts, and topped with pearl coverings. We can read the Ten Commandments, the prayer called Avinu Malkeinu, some parts of the Rosh Hashanah prayer, and the Kol Nidrei (All Vows) that is cited at the beginning of Yom Kippur. The order and script of Tashlich, a ritual originating from the Middle Age also appears on the scroll. Tashlich is the ritual on the first day of the New Year, when bread crumbs are thrown into the river, as a symbolic cleansing of all-year sins and faults.

Kitsch in the Museum?

Museums are the halls of muses, sacred institutions where culture is preserved and passed on. Can we display there cheap kitsch? Looking at the preserved objects it seems that such objects were part of our predecessors’ life, therefore they need to be shown in order to honestly present our traditions. 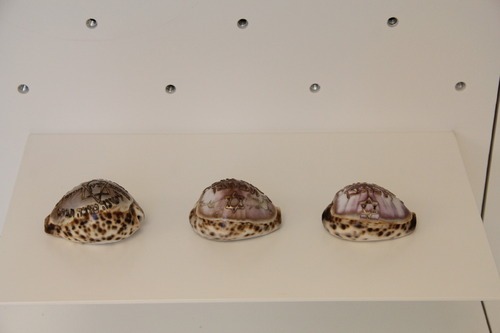 Shell with greetings. Postcards became the most fashionable medium of self-expression and communication in an almost unique historical context when European Jewish communities celebrated the unprecedented successes of social inclusion. The small and kitschy shells remind of that era when Jews brought these souvenirs back from their seaside vacation for the High Holidays.