From this window, the site of the former gate of the Budapest ghetto can be seen. It was erected in the winter of 1944. Tens of thousands of Jews were imprisoned in the ghetto: tortured by hunger and cold, decimated by bombs and mass murders. Over two thousand victims were buried here in the garden. Today this window overlooks the largest Holocaust mass grave in Hungary. 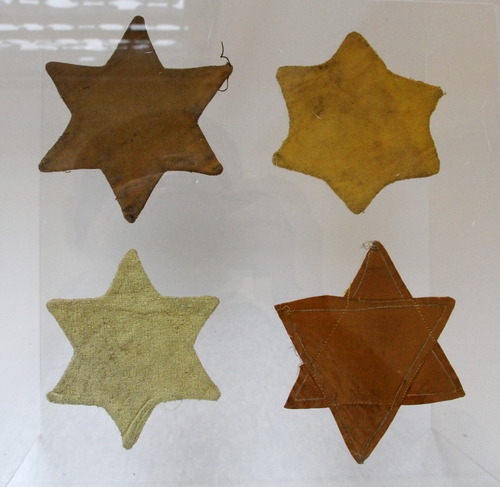 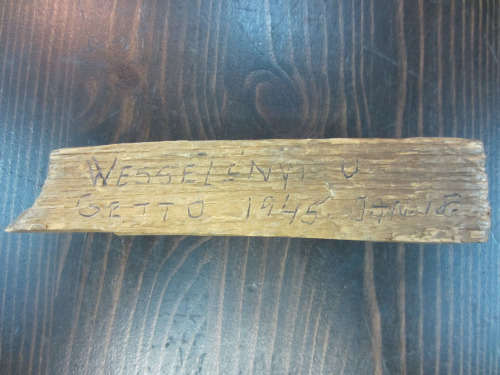 The pieces of the ghetto planks and the stigmatizing yellow stars are not tangible pieces of Jewish tradition, but memories of history’s cruelty. The items stemming from Jewish responses to persecution and reflecting Jewish traditions, for example, the menorah made out of dry bread, have been exhibited in previous rooms.

Éva Weinmann was born on October 4, 1928, in Budapest. She started writing a diary a few days after her 13th birthday and recorded all her joys, pains and secrets in it. Her diary describes, through the experience of a teenage girl, the gradually worsening circumstances in course of the war, the story of the yellow star houses, and then the ghetto of Pest. She was enlisted for forced labor at the age of 16, and she participated in construction work around the airport of Budapest. She lived to see the liberation, but because of illness due to the war, she died in 1946. After the death of her mother, her caretaker gave Éva’s diary to our collection.

„No one wrote, after Auschwitz, anything akin to „there is nothing new under the sun.” Somehow, the circularity or repetitiveness of history was no longer an option.”