Lighting the candles on Shabbat and on holidays had primarily a practical significance: it strengthened the peace of the home that the families did not have to spend the evening in the dark. Nowadays it has a spiritual significance, and often it is the only connection to tradition. 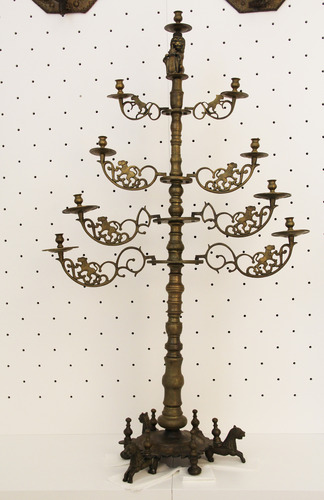 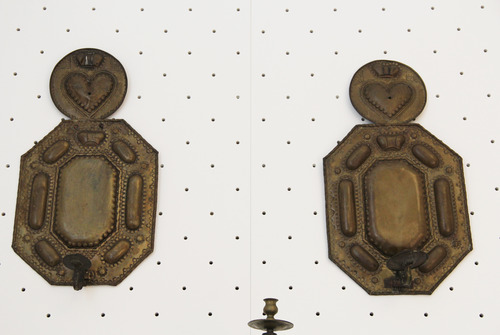 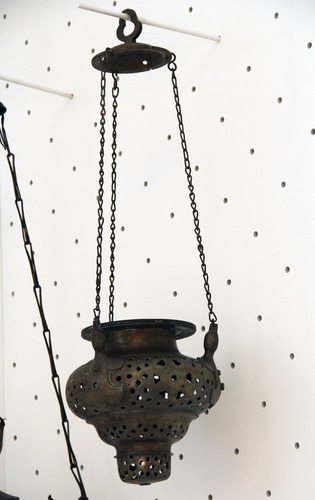 Eternal light, synagogue. This lamp with the name of the donators on its brim is from 1763 and was used in the synagogue. The museum purchased it in 1912. 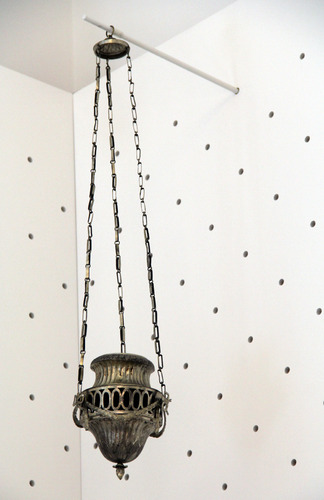 Biedermeier eternal light. This eternal light -designed in the fashionable Biedermeier style of the early 19th century - was owned by the Chevra Kadisha (holy burial society) of Pest. The small silver lamp was donated to the museum in 1931. 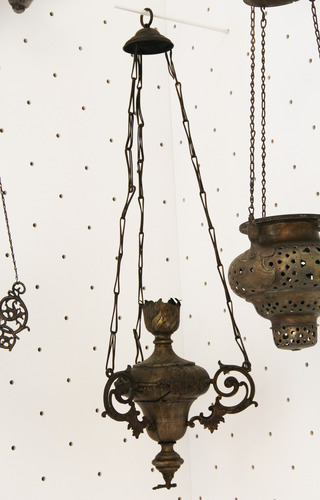 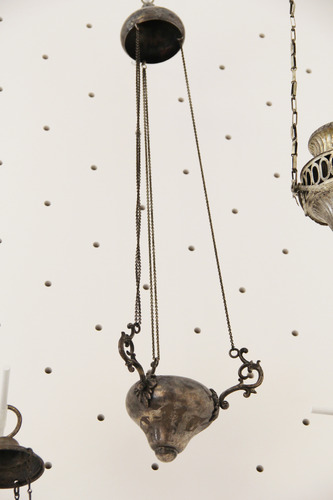 Eternal lights (3 pieces), synagogue. Today, it can no longer be ascertained in which synagogues were these (and the next three) eternal lights used. 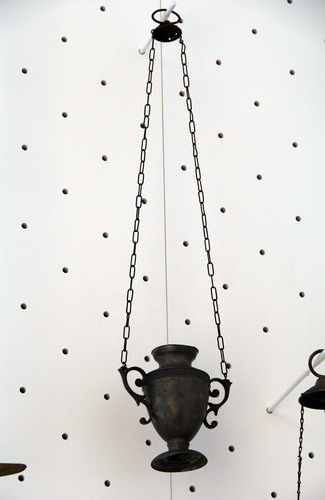 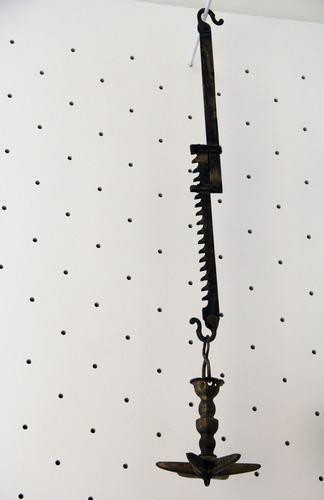 Shabbat lamp of Mór Spitzer. Shabbat lamp that was used by the family of Mór Spitzer in Pozsony-Széleskút, in the 19th century. It was burning with oil and was used to ignite the Shabbat lights. It was lowered on Saturdays, as shown in the Oppenheim image in the next showcase. 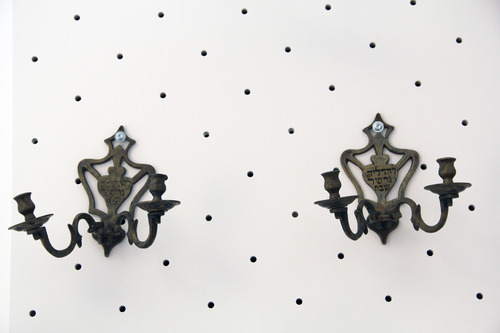 Pair of sconces. Pair of Shabbat wall sconces with the text of the blessing for Shabbat candles on them. 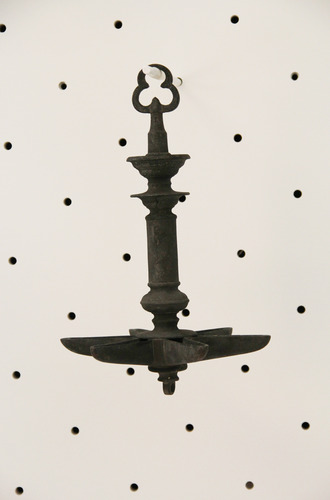 Shabbat brass lamp. Presumably, it was similar to the one above but its serrated hook was lost. 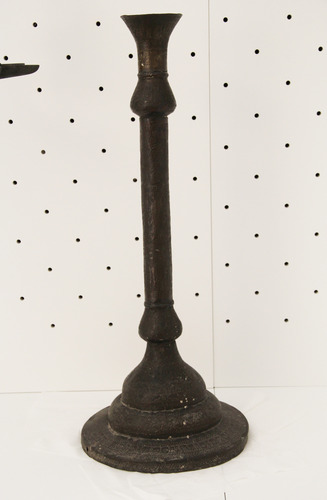 Bezalel candle holder. Standing candle holder that was designed according to the plans of the Bezalel Academy of Arts and Design (1906-1926).