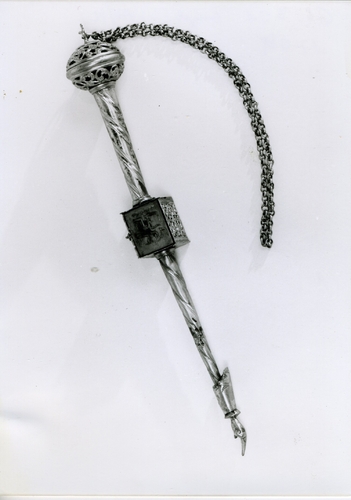 Torah Pointer. All the objects exhibited can be seen today because during the Holocaust, in 1943, two brave museologists, Mrs. Tápay Gabriella Szabó and Mrs. Bárány Magda Oberschall wrapped the items in wooden boxes and hid them in the basement of the Hungarian National Museum. Among them was this Torah pointer offered as a donation in 1764, which later, in 1910 was bought by the Committee of the Jewish Museum. 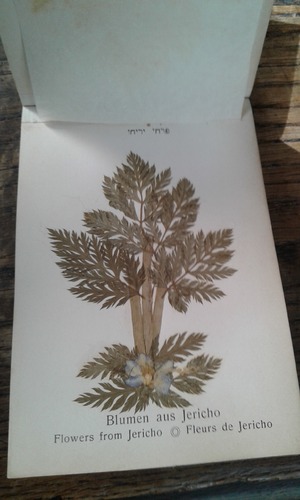 Flowers of the Holy Land. This scrapbook, consisting of 12 pressed plants and bound in an olive tree cover, was made in order to serve the needs of the invigorated 19th-century pilgrimage-tourism industry in the Holy Land. We see on the pages of the scrapbook, made in Jerusalem, the plants of important Biblical sites for Jews and Christians. 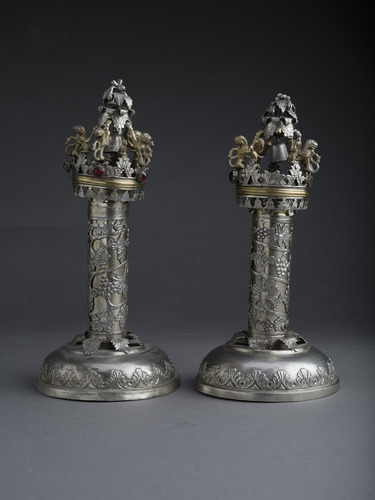 Torah Finials (Rimonim). Tendrils of vine coiling on the stems of the small pair of Torah finials evoke the spiral columns at the entrance to the Temple in Jerusalem. However, the originally Galician object used in Óbuda is also a memory of migrating Jewish communities, reminding us of Jerusalem and the Galician homeland at the same time. 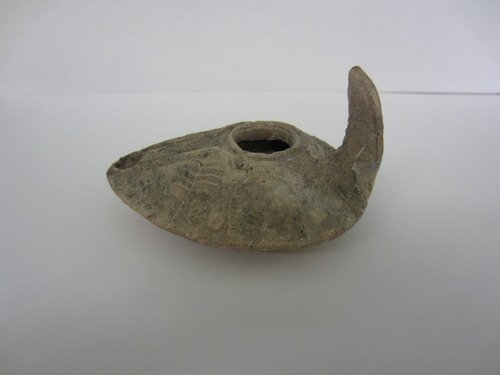 Oil lamp. Ármin Beregi, an engineer from Dob Street, Budapest went to Tel Aviv in 1921 to offer his expertise to the newly founded Jewish city. In his spare time as an amateur archaeologist, he visited excavations at the ancient tell sites. He collected numerous ancient Jewish relics, including a small oil lamp. He donated his collection to our museum in 1933. 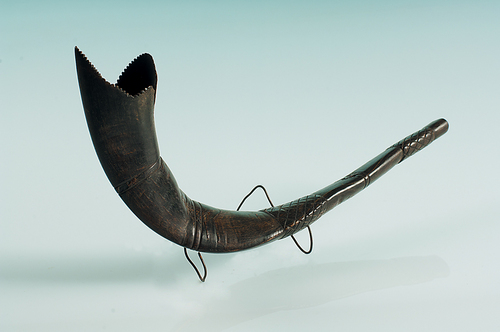 Shofar. The shofar sound not only announces the day of the Jewish New Year but was also blown at events of historical importance in ancient times. Keeping with this tradition, on June 7th, 1967, Shlomo Goren, Chief Rabbi of the Israeli army, greeted the liberation of Jerusalem, the eternal capital of Israel, with triumphant blows of the shofar. 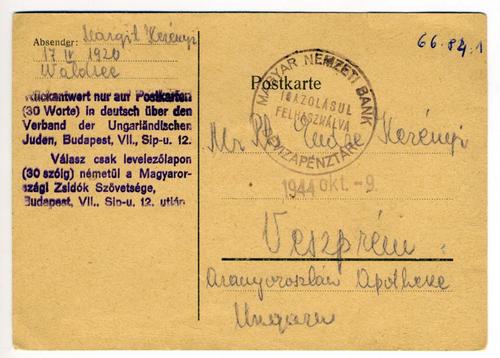 Postcard. The largest cemetery of Hungarian deceased is at Auschwitz, where every third victim was a Hungarian citizen. Upon arrival, the deportees were forced to write a postcard that indicated “Waldsee” as the place of dispatch. In reality, this was a non-existent settlement used as the cover name for Auschwitz. The purpose of these postcards was to dispel suspicion amongst those still in Hungary and prevent panic. 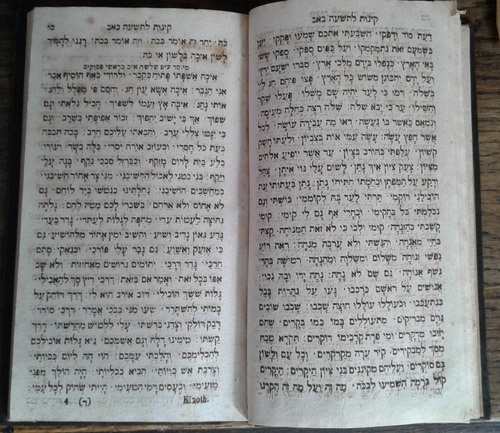 Elegies for Tishah Beav. The day of the destruction of the Temple in Jerusalem falls on the 9th day of the Hebrew month Av, observed each year as a day of fasting and mourning. To commemorate the eternal spiritual capital of the Jewish people, special elegies (kinot) are recited around the world. This book containing the order of the elegies was printed in Buda in 1850 at the University Press. 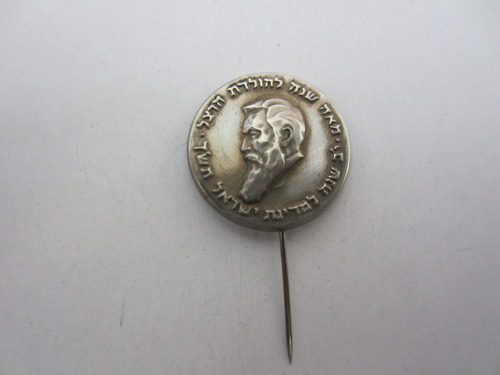 Badge. It is of symbolic significance that in 1860, the father of modern political Zionism, Theodor Herzl, was born in the house that once stood on the very site of our museum’s current location, next to the then completed Dohany Street Synagogue. The silver badge decorated with Herzl's well-known profile was made in 1960 in Israel in honor of the centenary of Herzl’s birth.